BWW Review: THE FULL MONTY at Sarpborg Scene – 'Bares' it All and Suceeds

“Director Martine Tufvesson Lundberg has chosen to infuse her version of the show with heavy use of realism, with only the occasional use of show gimmicks. The acting is the down to earth and the performers dares to show more than just their birthday suit. While yet its central relationship is a very sweet one between a dad and his adolescent daughter (played by an adorable , there are lots of moments where I was also very moved by other characters, if not more so. Their vulnerability is honest and heartfelt, especially during "You Rule My World" where Dave, brilliantly played by Lasse Vermeli, undresses in front of the mirror and struggles with how he can be the husband he feels his wife disserves. Also the character of Malcolm has a powerful and poignant journey in this show. From being suicidal with a very imposing mother to accepting his sexuality and finding love. The latter is enhanced in this version so it is no longer played for shock value like it was in when it first opened."

“From the above paragraph you would think this is a tragedy, but it is definitely a comedy, but it's true power is in the balancing act between being comedic and serious.”

“As for the ladies, there is no shortage of talent. Monica Hjelle as Janet steals the show every time she has a line, and it is evident she loves every second of it. Her version of "Jeanette's Showbiz Number" is now a true showbiz even throwing in a little vibes from "Chicago" as a treat. It is not often I review two shows in a week that has two of the same performers in it, but both Malin Schavenius (Georgie) and Aina Beate Gundersen (Wicky) are both in this production and "Skatten på sjørøverøya" in Oslo. I wonder what parts they are playing next week? Hehe. Both get to show off their great vocal talents in " It's a Woman's World" and " Life With Harold" respectively. Ann Christin Elverum is probably one of the country's most successful international musical theatre performers, so her doing a role that is more rooted in acting and less in singing is refreshing, and her acting is honest and strong. Brava!"

“The show plays its final performance this weekend, but I really hope this isn't the end for this production.” 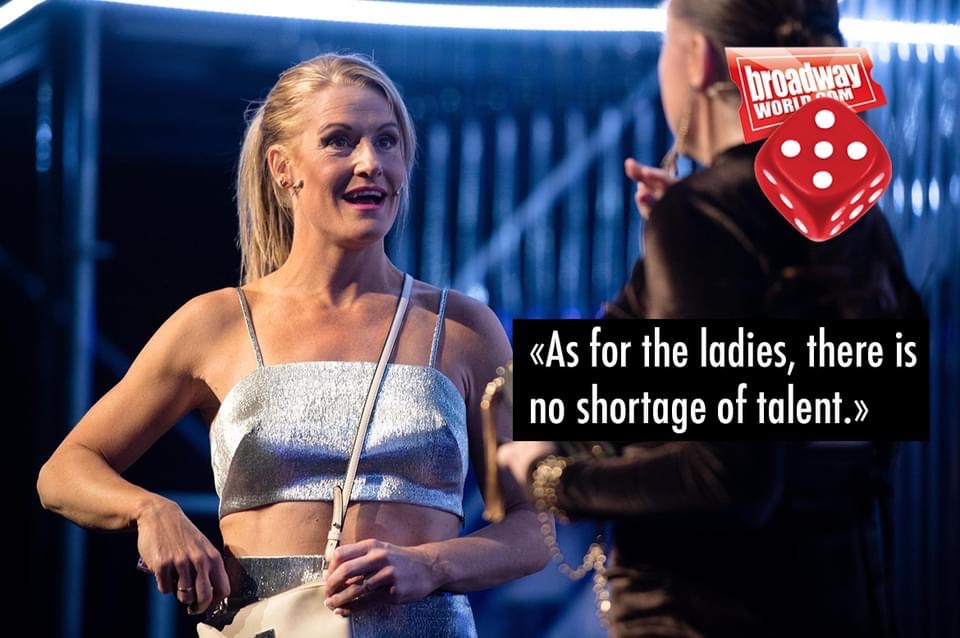 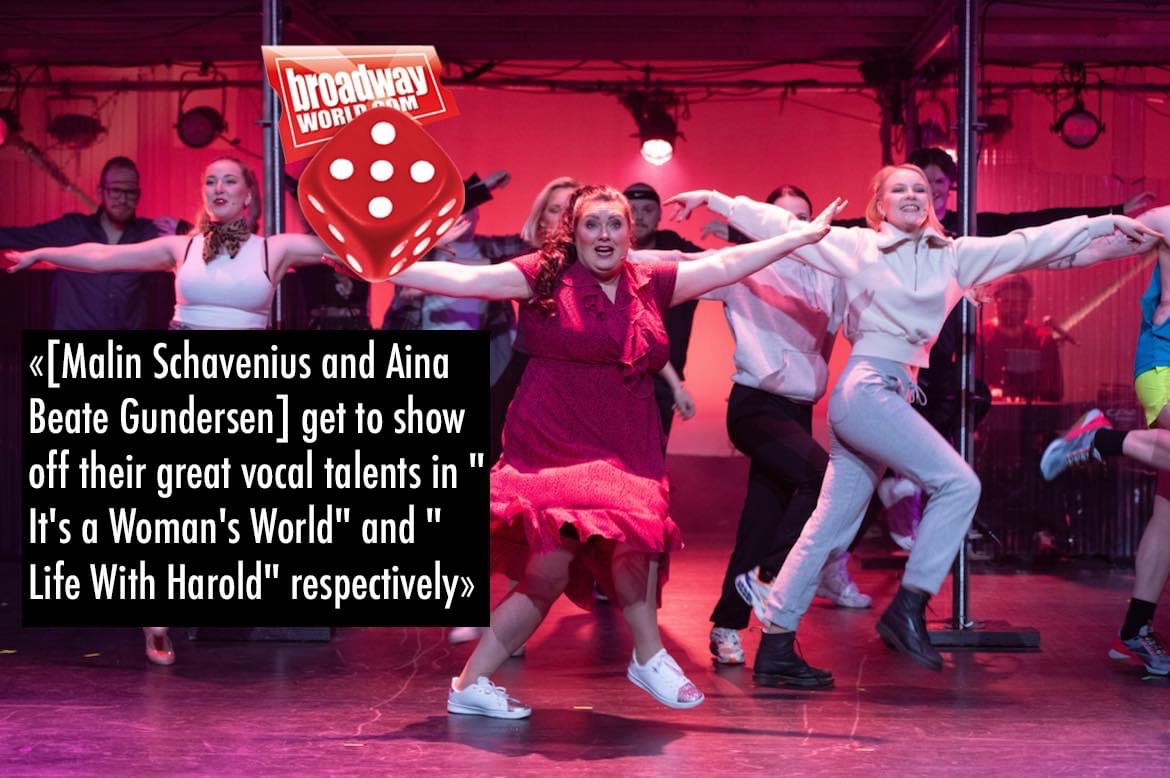 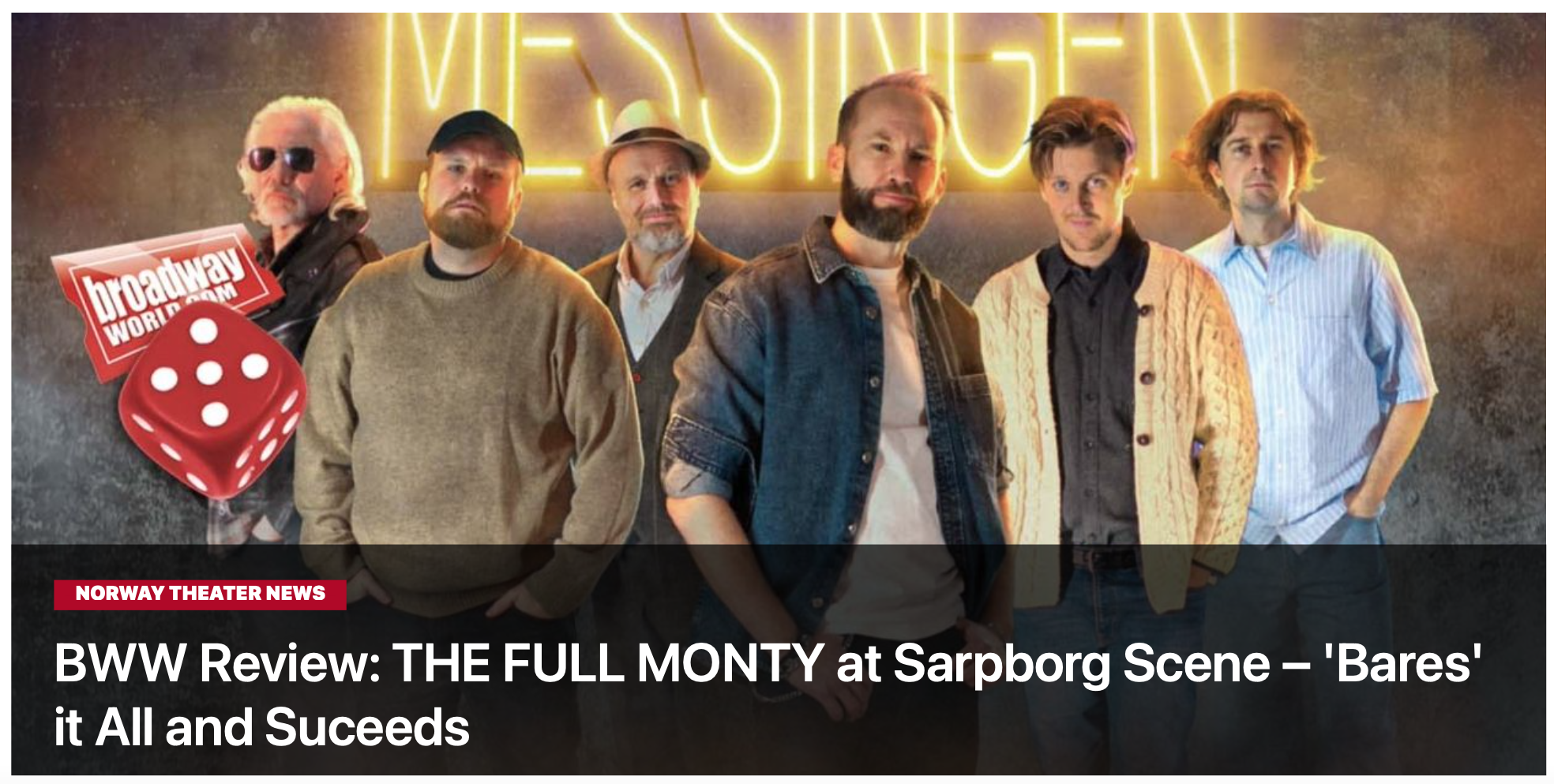